From the Press: « BOOK REVIEW: Book review: « EXORCISING HITLER: THE OCCUPATION AND DENAZIFICATION OF GERMANY «

BOOK REVIEW: EXORCISING HITLER: THE OCCUPATION AND DENAZIFICATION OF GERMANY 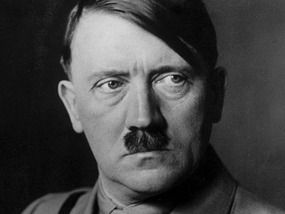 Exorcising Hitler: The Occupation and Denazification of Germany by Frederick Taylor 3/5

Exorcising Hitler: The Occupation and Denazification of Germany

The Allies were torn in their policy towards post‑Second World War Germany, split between “idealists” and ­pragmatists. The idealists, led by US Treasury secretary Henry Morgenthau Jnr, a highly assimilated Jew of German origin, wished to impose a Carthaginian peace that would transform Germany into a pre-industrial economy and thereby render it incapable of waging such a devastating war ever again.

The Russians, while not going as far as this, nonetheless applied a starvation policy towards people who had previously starved occupied Europe and the Soviet territories to guarantee the nourishment of the Wehrmacht and the German housewife. The pragmatists, led by US secretary for war Henry L Stimson and the general who became military governor of the American Zone of Occupation, Lucius Clay, believed that Germany’s 70 million population should be enabled to restore its economy and thereby to feed itself once again.

Millions of Germans trekked back from East Prussia, Poland, Silesia and Sudetenland while in the West, once the Nazis had signed the unconditional surrender, vast numbers of German troops were penned in open-air camps on the Rhine meadows.

The numbers, about five million, were so great that by a legalistic sleight of hand they were reclassified as “disarmed enemy forces” so they could be fed at a level lower than required for PoWs under the Geneva Convention.

The challenge was not simply economic. The deeper issue was how to restore civil society and democracy in a nation in which almost the entire population had been infected by the bacillus of Nazism. It was relatively easy to identify the war criminals among the governing elite but what about the 8.5 million Germans who had been members of the Nazi Party which, as Taylor points out, was “the equivalent of the population of London or New York”. That’s not to mention the millions who had belonged to other Nazi organisations.

The German Red Cross, for example, had presided over the murderous euthanasia programme.

By a stroke of fortune the entire archive of membership records of Nazi organisations was preserved intact, all 50 tons of it, by the paper manufacturer who had been ordered to pulp it.

Yet bizarrely, although the existence of the archive was made known to the Allied authorities, it was ignored for several months.

In addition every adult German in the Western zones was supposed to fill in a Fragebogen (questionnaire) enabling the authorities to distinguish between hard-core Nazis, opportunists and passive Muss-Nazis who joined organisations simply in order to keep their jobs. Some leftist citizens wanted to purify Germany through revolutionary inquisition. Or, as one German commentator put it, “the Nuremburg of the common man”.

I n the American zone almost a million Germans went through the tribunals process and one-third of ex-Nazis “were dismissed from their employment between 1945 and 1947, although almost all had been re-employed by the end of the latter year”. At one Volkswagen factory 179 employees were sacked but 138 were reinstated within the year because “without them, the place didn’t function”.

Denazification caused resentment which, coming on top of defeat and humiliation, prodded Germans into seeking a new path for the future. In this regard acceptance of guilt was perhaps less important as a spur to democratic virtue than a desire for a better life.Taylor’s book is hardly original in its research but provides a comprehensive overview.