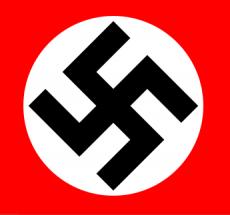 One town realised Hitler was still an honourary citizen and has struck him off its list. Now others are checking their history books. It comes as a Sochi Winter Olympics poster is criticised for using apparent Nazi imagery.

Town and villages across the alpine country are checking their records after Amstetten has revoked the honorary title for Adolf Hitler. It was given to him after a visit to the town in 1938.
Hitler still causes deep embarrassment to many people in Austria , except perhaps among those of the Far Right.
Hilter’s honorary title has been been revoked in Amstetten after a debate and vote by town councillors. Right-wing councillors abstained saying the title had already lapsed.
The mayor of another town, Klagenfurt in the south of the country, used emmergency powers to strike Hitler’s name from the city’s roll of honour.
« If it should emerge that Adolf Hitler ever received an honorary citizenship of the provincial capital Klagenfurt from anyone – a supposition which lies before us – this is officially revoked and disallowed, » the mayor, Christian Scheider, said.
Other Austrian towns are checking their archives and arguing whether Hitler and other senior Nazis have titles that have not expired or been revoked.
Amstetten is the town where Josef Fritzl kep this daughter captive in a cellar and fathered seven children with her.
The debate over the titles comes as some believe posters promoting a construction development in Sochi has Nazi overtones and imagery.
It was reported in the Guardian newspaper.
See here for that related story on PlanetSKI and the poster, photographed by Tom Parfitt for the Guardian, is shown below. 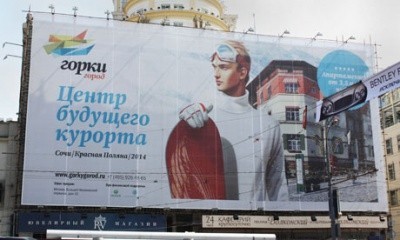